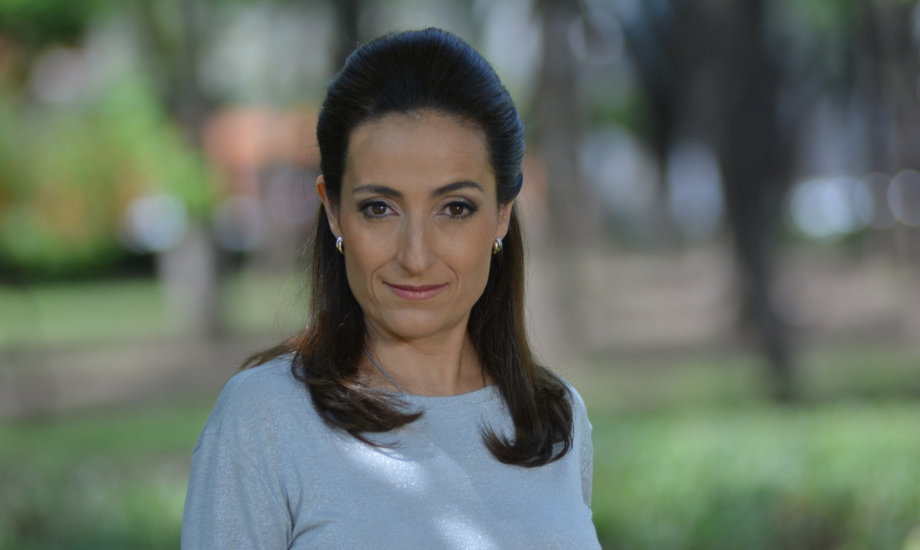 The Mexican soprano Gabriela Herrera was a member of the Stuttgart State Opera ensemble from 1996 to 2006. During this time she developed a wide repertoire, performing Sophie in Der Rosenkavalier, Musetta in La Bohème, Liu in Turandot, Amor/Valetto in L´Incoronazione di Poppea, Pamina in Die Zauberflöte, Gretel in Hänsel und Gretel and Adele in Die Fledermaus.

Raised in Mexico City, Ms. Herrera began her studies at El Conservatorio Nacional de Musica there. She then received her Bachelor’s Degree from the Juilliard School in New York City. In Mexico, she has sung Violetta in La Traviata and Adina in L´Elisir d´Amore , amongst others.

In addition, Ms. Herrera has been heard in recital at Lincoln Center in New York, at the Concertgebouw in Amsterdam as well as in Salzburg with Jörg Demus.

As a guest artist, she has sung with the State Opera in Munich, Opera de Bellas Artes in Mexico, and the opera houses of Zürich, Bonn and Braunschweig, amongst others.

Gabriela Herrera can be heard on recording in Carmina Burana and can be seen on the DVD of the Stuttgart State Opera’s Ring Cycle as the Waldvogel in Siegfried.

She had a great success singing Liu in Turandot and Nedda in Il Pagliacci at Bellas Artes Mexico City.

2015 she sang the Titlerole in Traviata at the Schlossfestspiele Schwerin in Germany.

2016 she sang very successfully Corinna in Rossini´s Il Viaggio a Reims, the Petite Messe Solennelle from Rossini and his Stabat Mater alongside Javier Camarena .

In the last years she sang in the most prestigious concert halls in Mexico, singing Brahms Requiem, Carl Orff´s Carmina Burana, 4 last songs from Strauss and Beethoven´s ninth symphony amongst others.